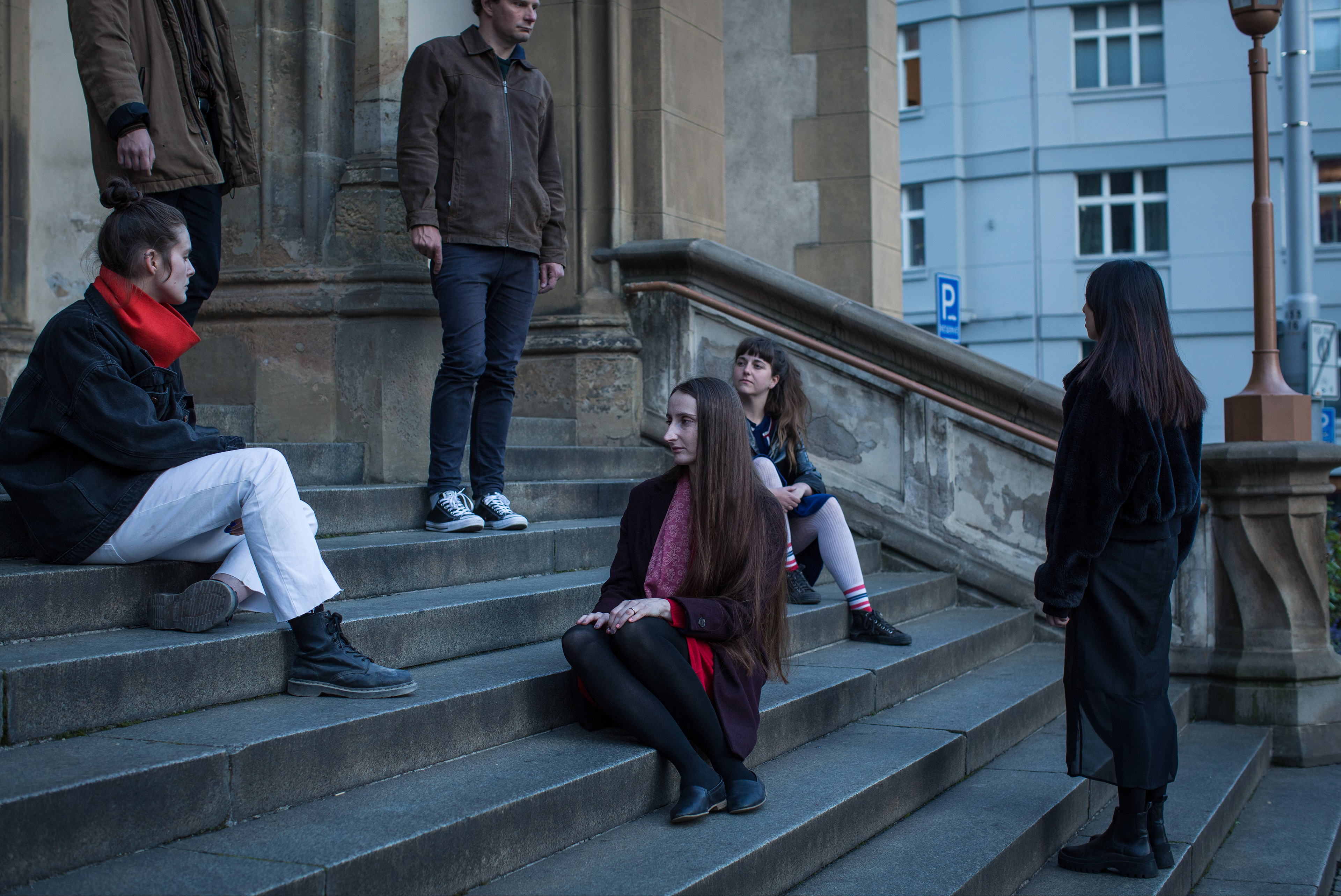 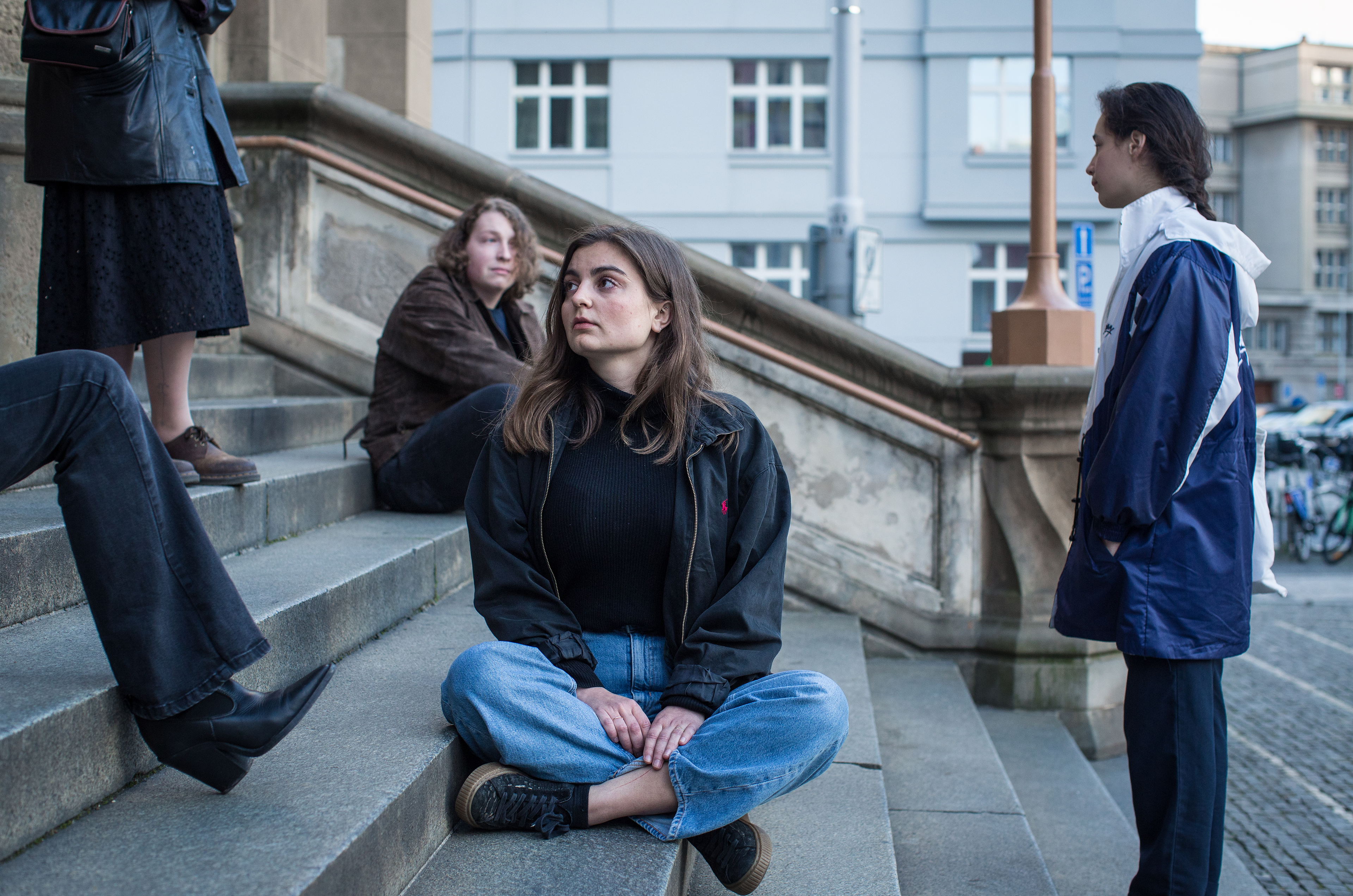 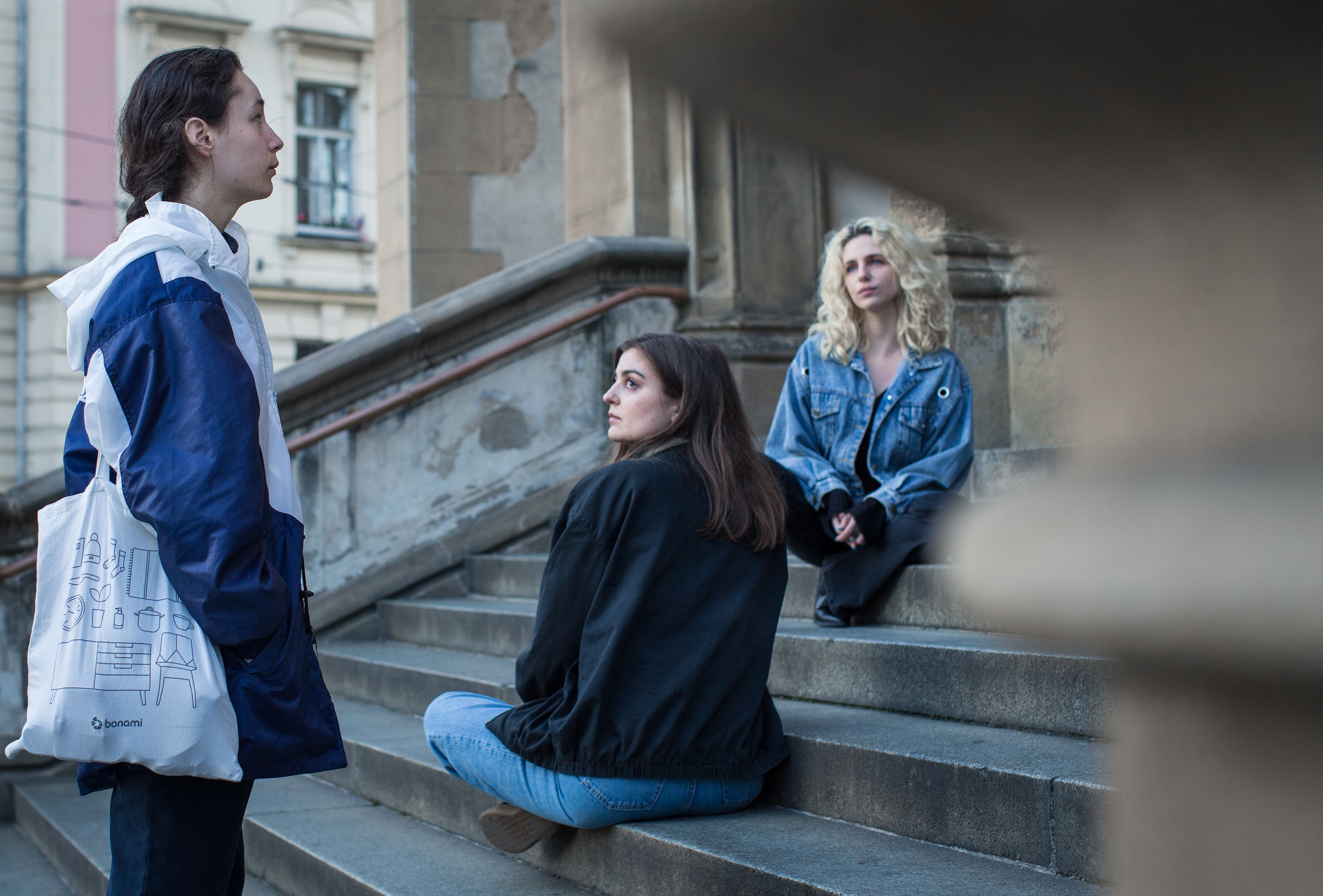 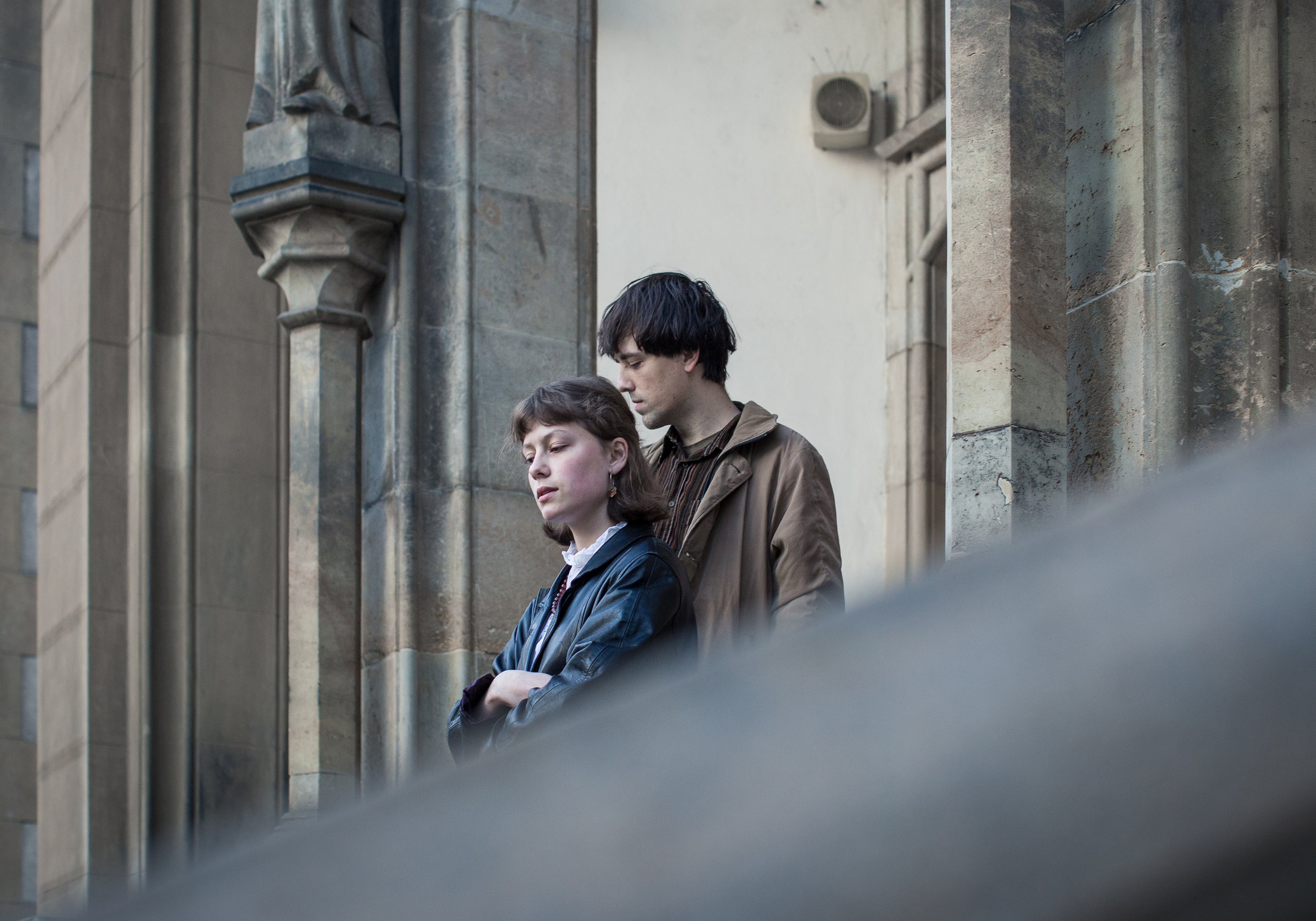 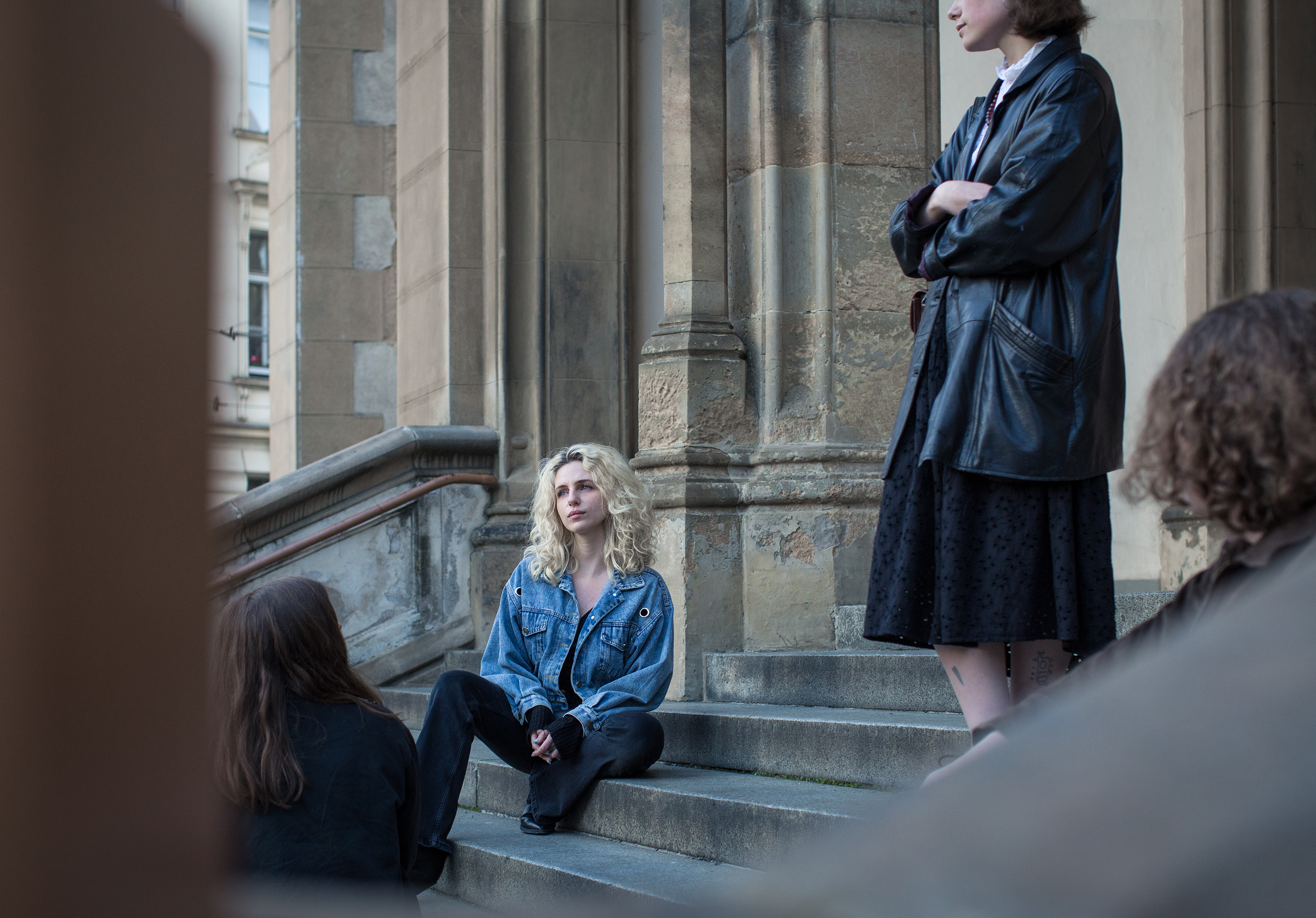 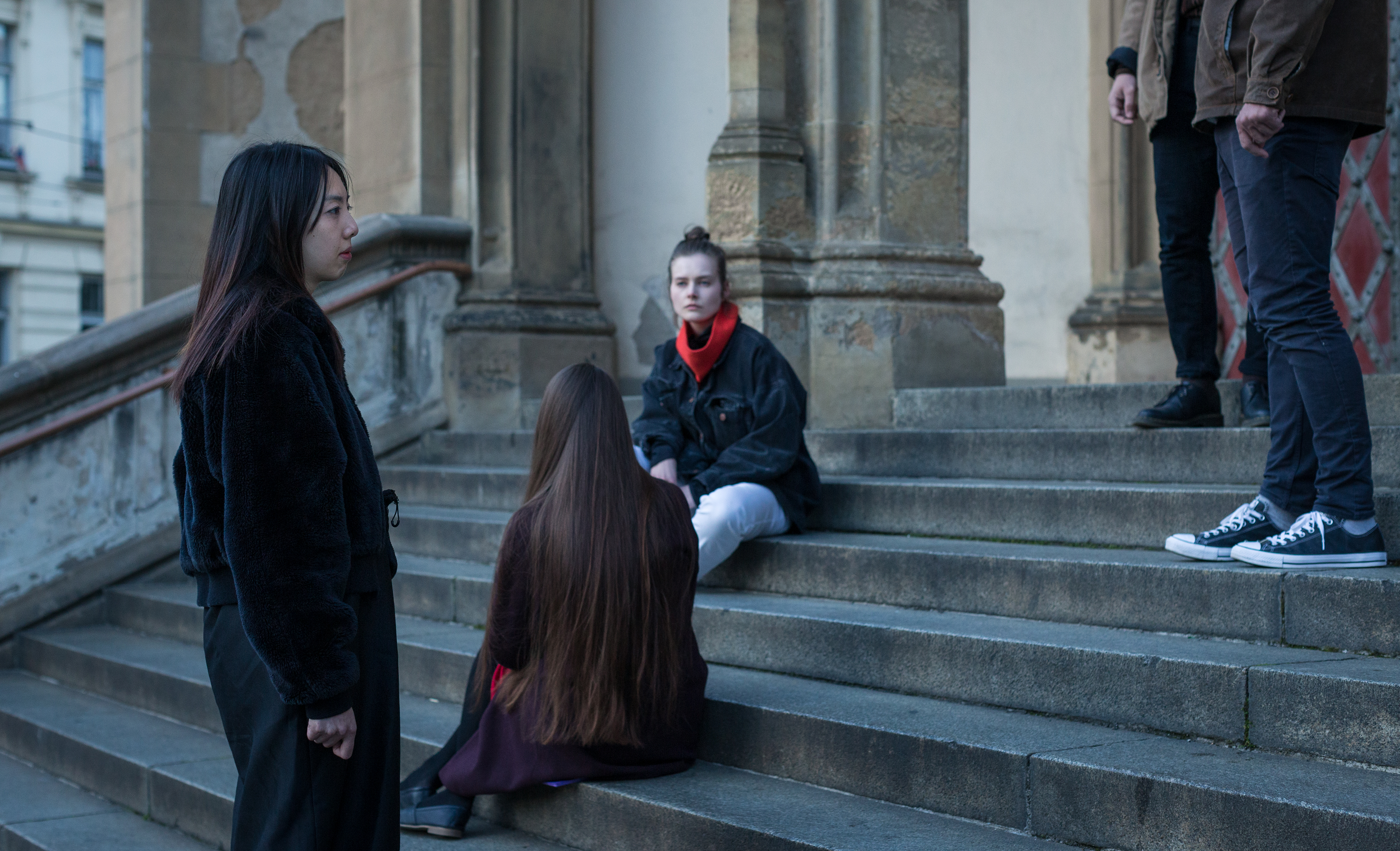 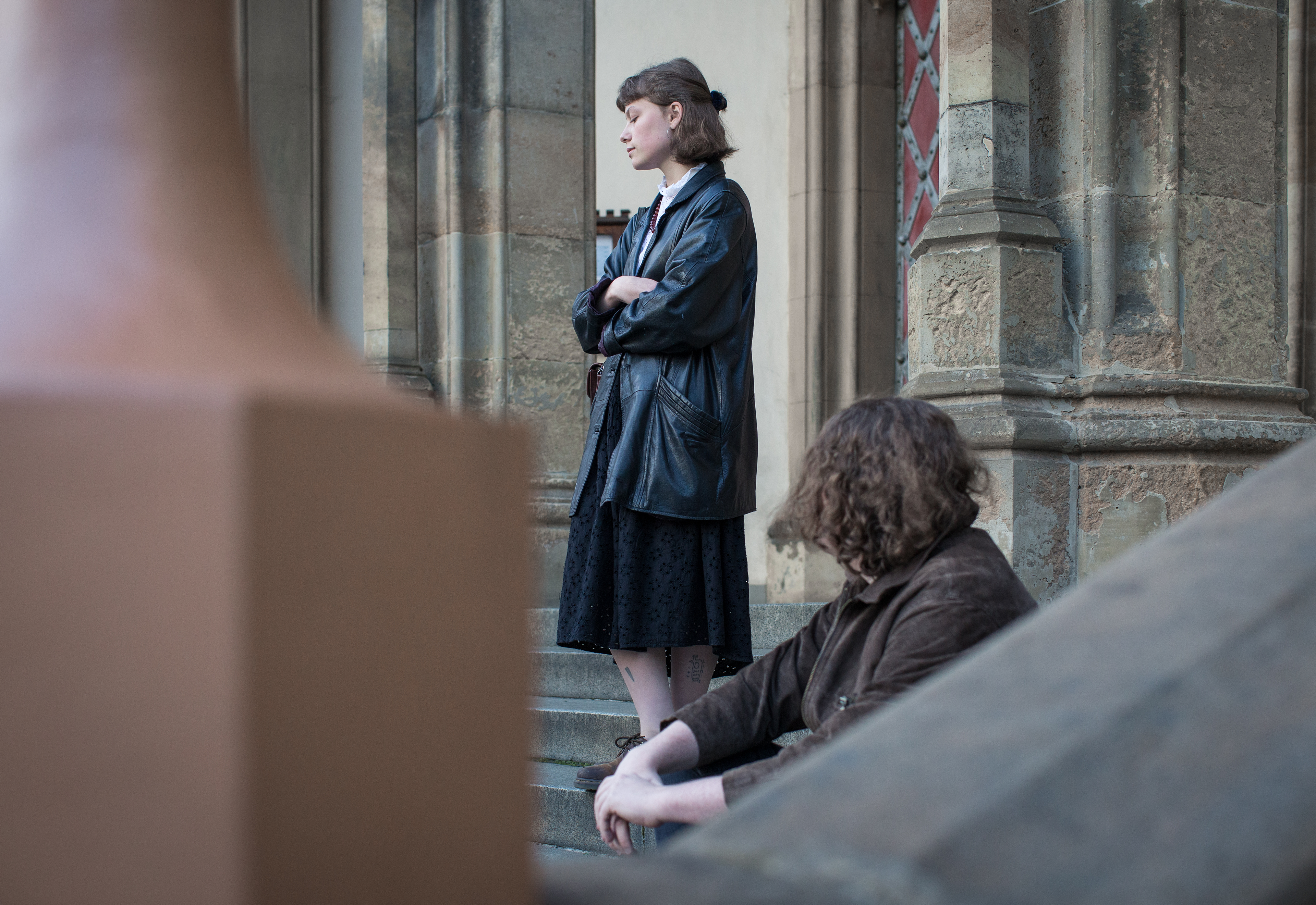 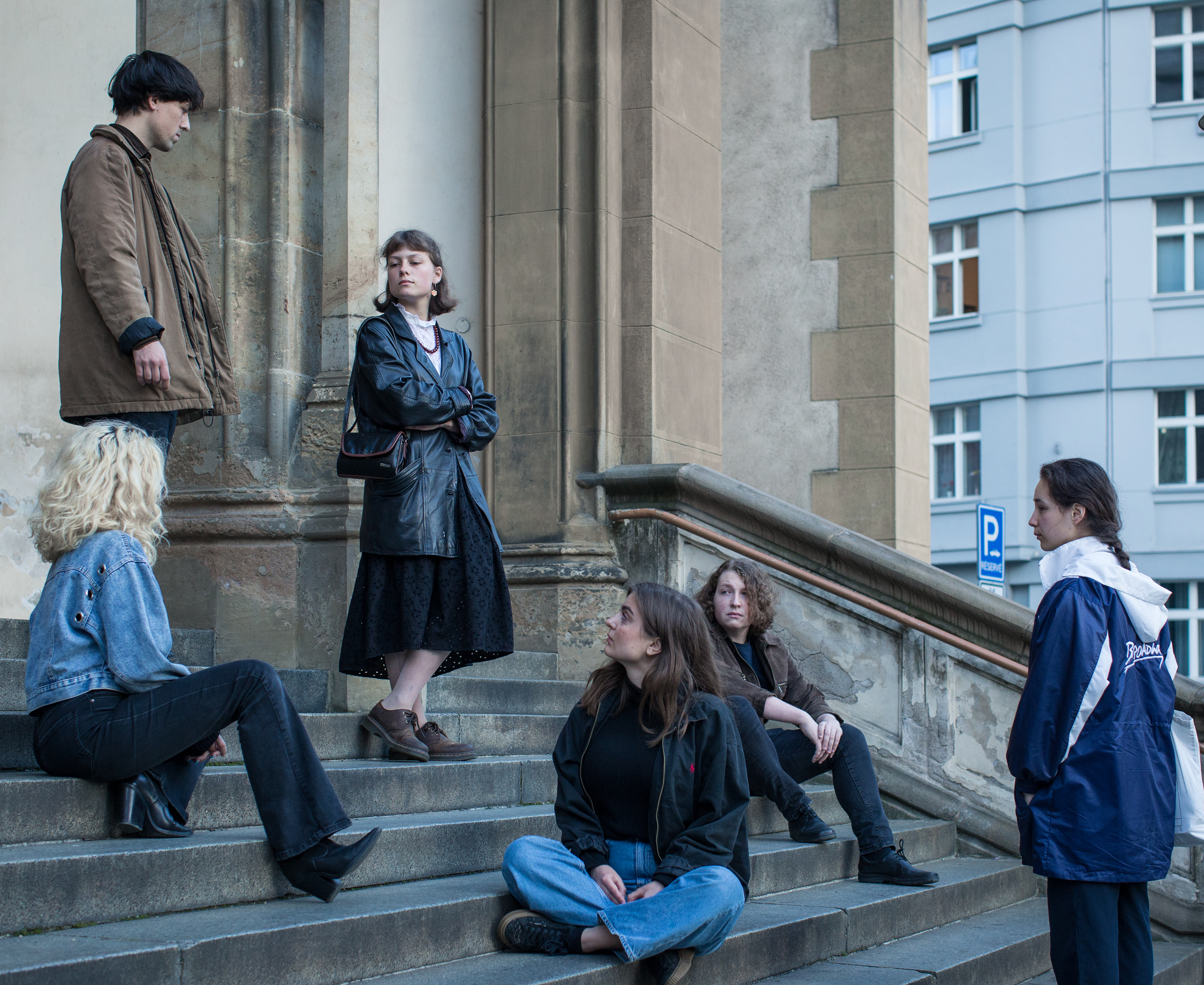 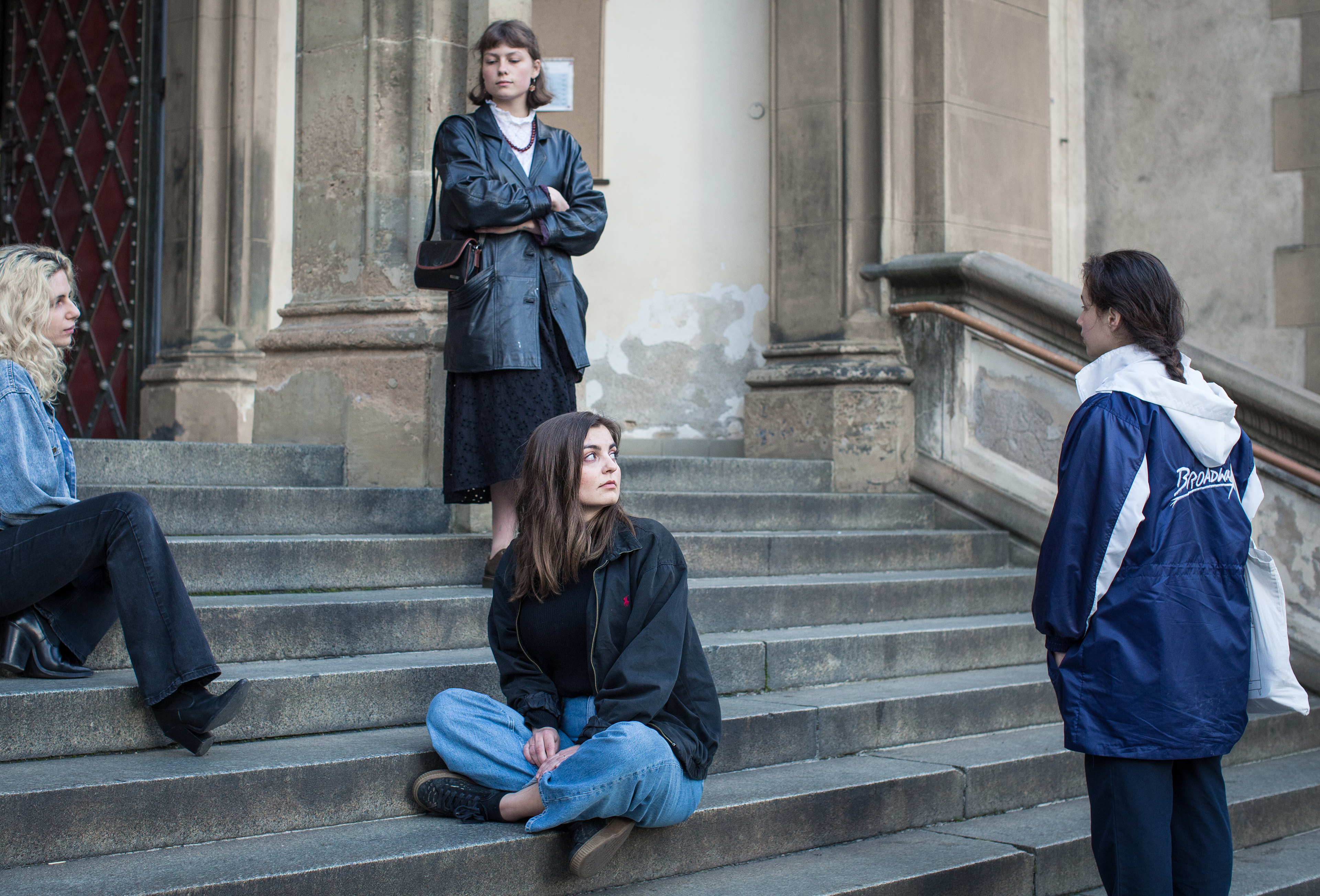 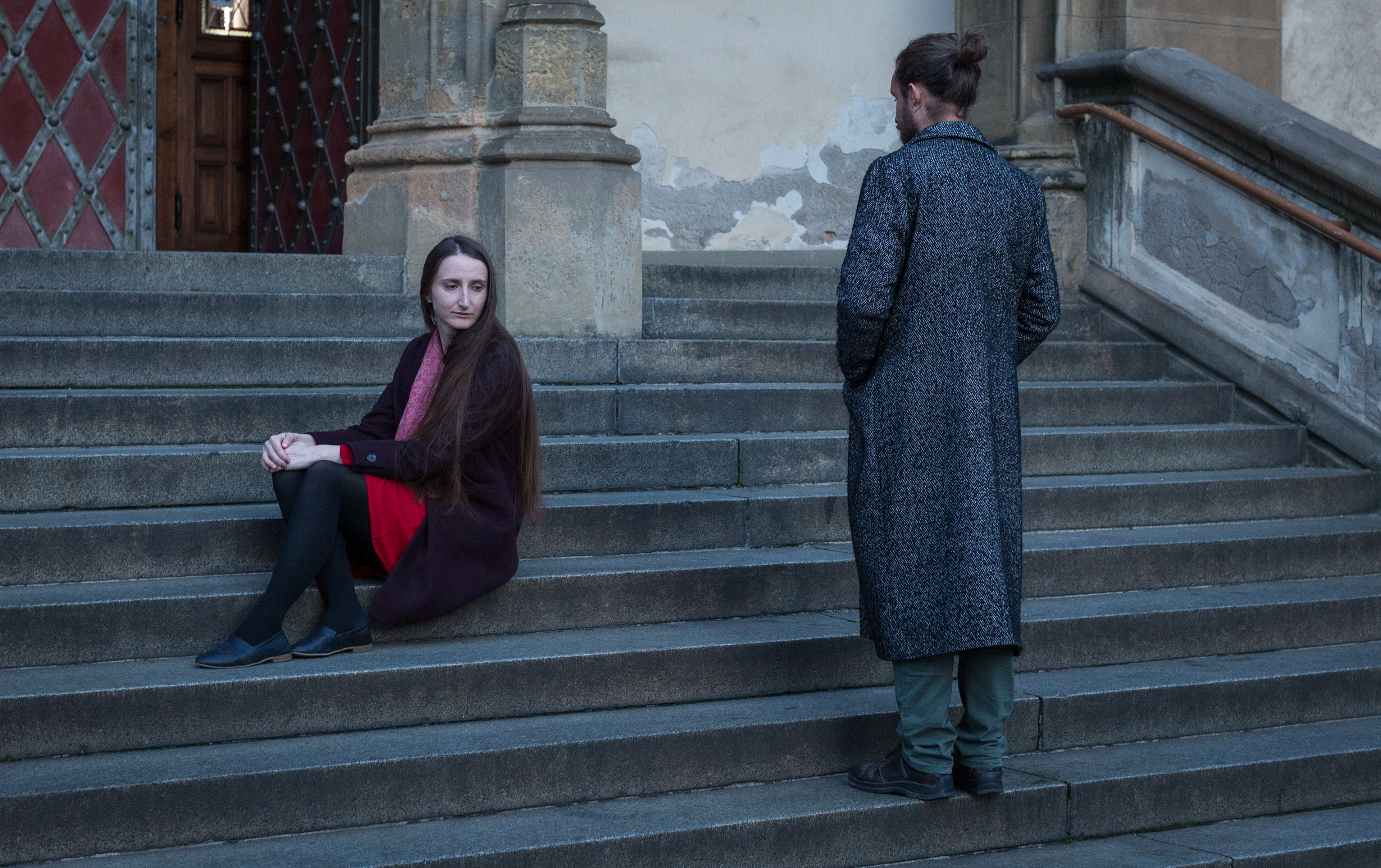 The shimmering content of the act makes its materiality invulnerable. Transferring a place to another, the actor leaves the structure unchanged, but at the same time carries it with him in the form of an impression. The structure simultaneously remains unchanged and expands with the change of actors.

Aliens screenplay:
Everything happens on the porch of St. Antonin Church. The Performative group of Six people occupies the stair, spread, freely, relaxed, in a way that is convenient by the company of tired, and little bored friends, no need to speak. No special dress, or pose — ordinary situation. They could be diluted by random passers-by, no problem. Three were sitting, two standing on the back separately, and one stands in front of the porch, facing the rest of the performers. General view of the group: nothing special is happening, they spend their time in silence.
The performance starts when group six performers decided to take their places in the space. A Group of Six performers occupies the fixed positions. Extra actors are out of the group. The main role in the performance of the work belongs to those Extra actors. They replace actors from the Group of six by touching them slightly, taking the same pose in the same spot. Replaced actor become one of the Extra. Extra actors are the conductors of the performance, everything depends on their will to act at a particular moment in time, based on their own sense of time. It is necessary to maintain a balance between the statics of the group of actors and the dynamics of changes. The intervals between changing positions are from two to six minutes, presumably. It lasts until Extra Group will decide to stop, but no longer than 40 minutes.
Actors: Marek Novák, Anastázie Ilina, Katarina Kadijevic, David Helán, Jaromír Moravec, Jana Orlová, Kristina Ritter, Ya Chu Kuo, Heidi Hornáčková, Klaudie Osičková, Antonín Brinda
Curator: Antonín Brinda
Photo:​​​​​​​ Svetlana Lopato